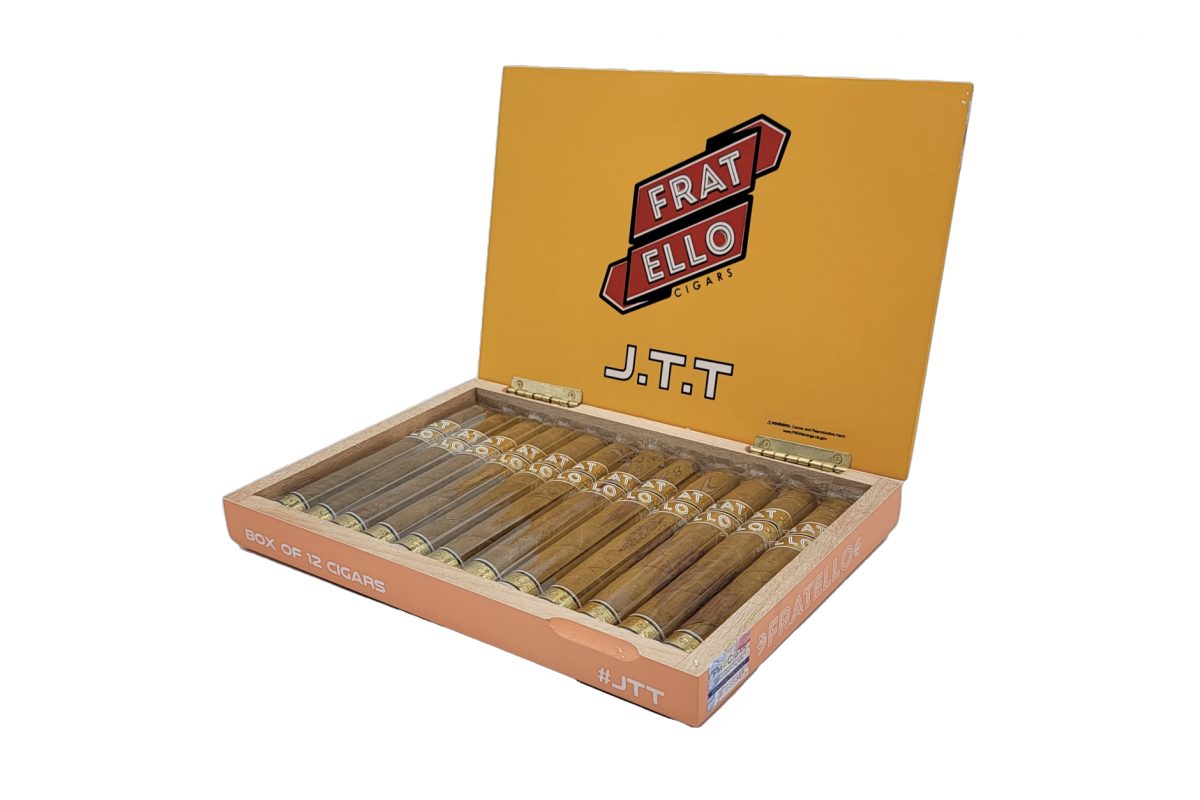 Fratello released a store exclusive of its Oro blend, but with a major twist.

The Fratello Oro J.T.T. is a 6 x 50 toro that uses an Ecuadorian Connecticut wrapper over a Cameroon binder and fillers from Colombia, the Dominican Republic and Nicaragua. That’s the same blend as the regular Fratello Oro, but the J.T.T. will feature a sweetened cap.

It’s an exclusive release for Tobaccology, which has two locations in Virginia. The cigar will debut at the Haymarket location.

“There is a long-standing relationship between Fratello and Tobaccology,” said Omar de Frias, founder of Fratello. “The JTT is the result of Brett and I looking for opportunities in his humidor to offer his customers a unique cigar.”

Let’s stay in touch! Sign up to get interesting news and updates delivered to your inbox. Subscribe to Newsletter