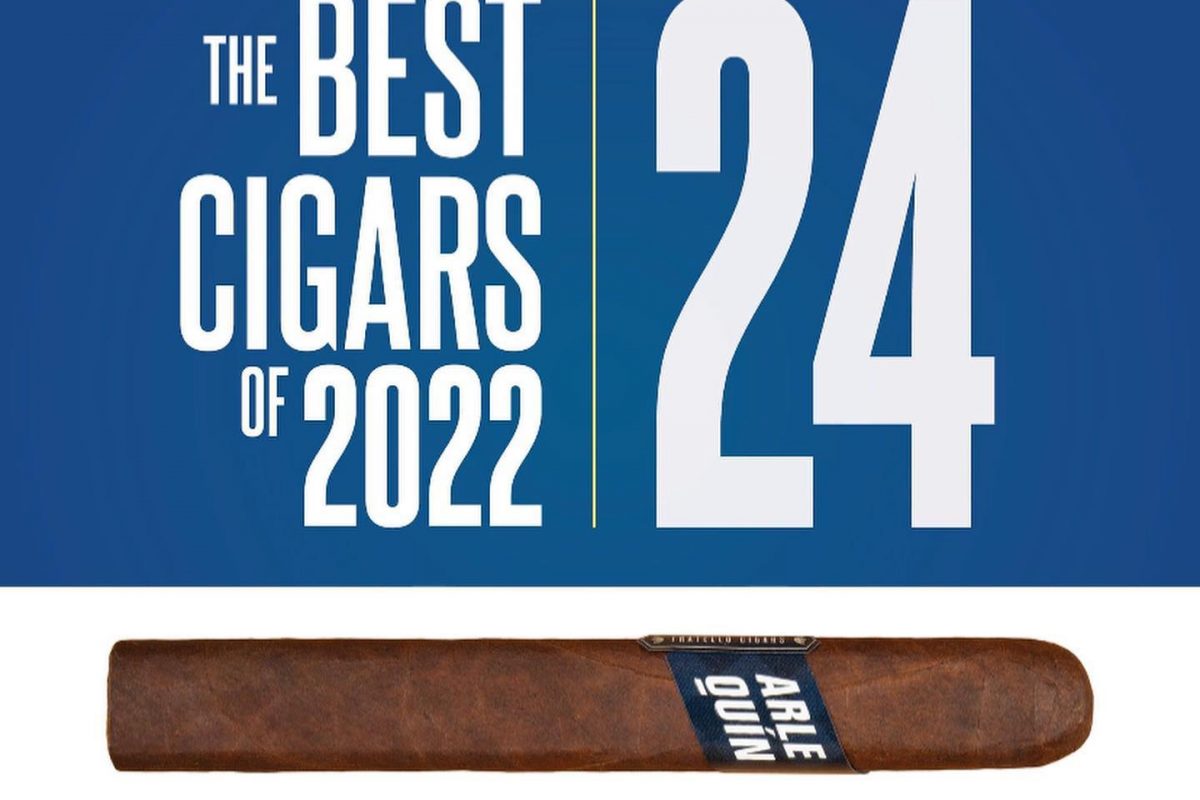 In June 2019, we released a sampler (Space Fresh Pack) that contained two new blends. At the time, we hoped to get feedback about the blends to figure out which, if any, should become a regular release.  Charlie Minato from Halfwheel wrote about the Arlequin when it was first launched, he said it was no surprise when Omar announced that the Arlequin was going to become a regular cigar in the Fratello Cigars portfolio.

The original Fratello Arlequin was a hand-rolled (6 x 50) Toro vitola. After re-launch it became available in two box-pressed vitolas; Arlequín Prensado Robusto (5 1/2 x 52) and Arlequín Prensado Toro (6 1/2 x 54). Fast forward some time after a new vitola the Gordo (6 x 58) was introduced, and another, a limited edition Perfecto size was released to celebrate a milestone of Old Virginia Tobacco. The blend remained the same, a Mexican San Andrés wrapper, Ecuadorian habano binder, and fillers from Peru and Nicaragua. The line is produced at Fabrica de Tabacos Joya de Nicaragua S.A.

The Fratello Arlequin branding was inspired by the Italian theater’s character of the same name, which in popular culture has served as inspiration for other well-established products, most notably the DC comics Harley Quinn, introduced in the 90s in the Batman animated series.

Back to the Cigar Industry, the Fratello Arlequin is only the most recent addition to the regular production lineup of Fratello’s portfolio. But in a short time it has gained very impressive accolades. In 2021, it was ranked top 6, in Cigar Dojo’s Top 10 of the year 2020 list. In 2022, it was ranked 91 by cigar aficionado and is starting 2023 on a roll, by being included in the top 25 list from the very prestigious Cigar Snob Magazine.

The Fratello Arlequin is a medium-profile extroverted cigar that imparts notes of cinnamon, multiple layers of sweetness, and Mediterranean spices with a very smooth finish. If you haven’t yet, you must get one the next time you visit your local cigar store or decide to purchase online, all palates are different, but when so many people like one particular cigar, that cigar is definitely a must-smoke.

Let’s stay in touch! Sign up to get interesting news and updates delivered to your inbox. Subscribe to Newsletter